What Happens In Neck Pain? Most People Don’t Know This!

“Slipped Discs” vs. Herniated Discs: What’s the Difference? (And What Can You Do About It?) 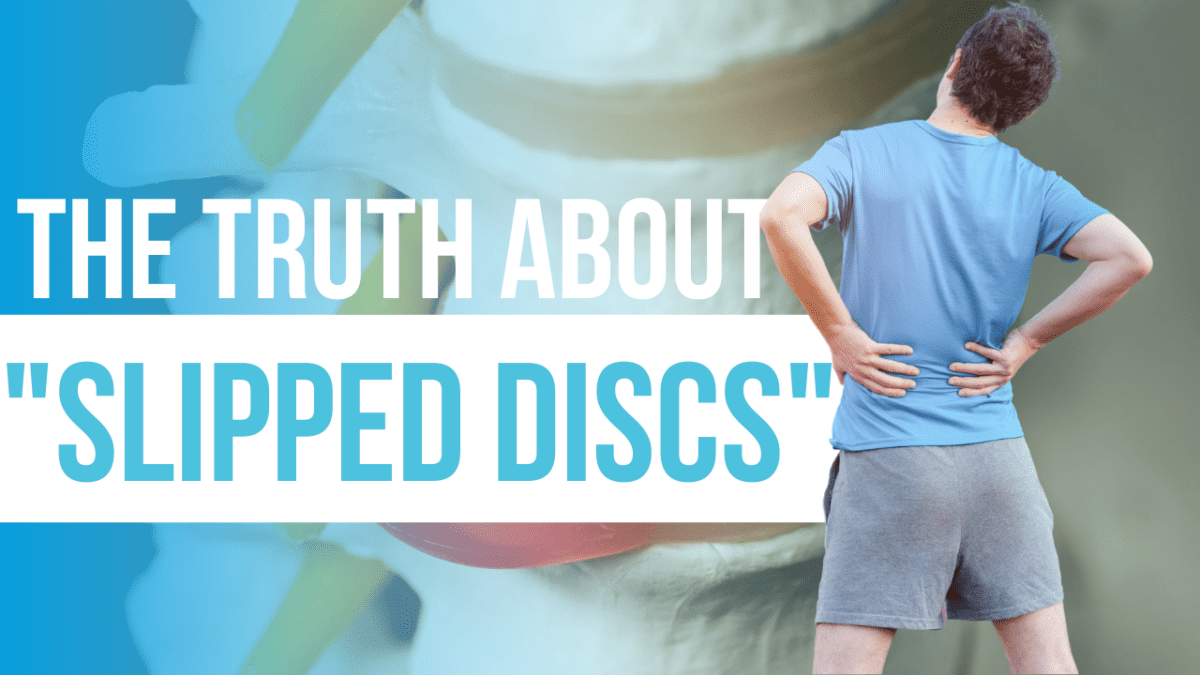 Chances are you’ve heard of “slipped discs” before. Maybe you’ve even had one yourself. But what are they, exactly? Where do they come from? And most importantly, how can you fix them for good? In this blog post, we’ll discuss the truth about slipped discs and provide some tips on how to keep them healthy and pain-free. Stay tuned!

Slipped discs, right? It’s quite often that we have heard a patient come in and say: “Well, I slipped my disc.” Then there are a dozen different variations of what happened after that. It’s a pretty common misconception that you can actually slip a disc.

What people often mean is that they’ve injured their disc, or at least that’s radiologically what’s showing up on an MRI. We often find people to have that misconception of what a slipped disc should feel like. They label it as such because that’s the layman’s term for it.

But no, that’s not how it works. Discs (intervertebral discs) are way more resilient. Let’s think of it more like a plastic tire where you’ve got this thick ring of plastic around it. And then as you get to the inside, it becomes really squishy and it is ‘jelly’ on the inside. That’s why people think of it as a jelly donut.

When I was in anatomy class, we learned how to cut open the spine. We were supposed to get to the important stuff that our instructor told us to find, the annulus (a ring-shaped object). As we go in deeper, we notice the scalpel getting dull over and over again. It’s a pretty dense, thick tissue.

The way I think of the disc is you’ve got a jelly center that is live cells. That’s where the living part is which is similar to your nail bed. The rest of your nail is just dead tissue that is forming a protective boundary.

The disc itself is the same thing that the center of the disc, what we call the nucleus pulposus, that’s alive. It has replicating cells that keep growing over time. But as those cells grow and put out substance, that substance they put out is dead tissue. It’s not a living entity. It’s just a ring pretty similar to rings of a tree which just forms out and creates this boundary around what we label as ‘the disc’.

It’s still a pretty resilient piece of tissue. Often though, what’s given away or what’s gone with the damaged disc is the ligament that surrounds the disc. It could also be that there’s been so much loss of stability at the segment, there is a little bit of shifting back and forth. What’s really happening in that situation is that the bone that surrounds the disc is the only way the disc gets fed.

Sometimes we even see fractures where the disc is squished into that bony endplate. That bony endplate’s role is to feed the disc. Try to imagine the whole segment of the spine, if you have a loss of stability around the disc. There’s bone surrounding that disc and it’s held in place by ligaments.

If those ligaments fail, then the spine starts to shift back and forth. Discs are really good at compressive forces, but they’re really bad at sheer force. It’s that sheering that causes miniature fractures within the bony endplate and eventually reduces the nutrition to the disc.

Over time, the disc starts to dehydrate and get weaker to the point where somebody might be in a bent-over position. Then somebody comes in, slaps someone in the back, and slips their disc back into place. No, that doesn’t happen. Instead, this action can injure you if you’ve got weak structures around and your muscles are not holding the strength that they should be to compensate for the weakening ligaments.

If the disc isn’t really slipping out when they’re bending forward and feeling their pain, what are some things that are generally more likely to be the culprit…

Oftentimes it’s a correlation, meaning that two things appear at the same time:

1. The thing you can see more easily is the disc.

2. What’s not visibly apparent in that kind of injury are the ligaments in the soft tissue around the spine.

Otherwise, it’s invisible. That’s why people focus more on the disc because it’s readily visible. However, more often than not, the injury, in that case, is that the ligaments aren’t holding their stability or they’re not holding well enough.

For example, someone may come in who has a big impulse or a big shock to the system. That ligament that was barely holding on now has like a small sprain in it. Consequently, it causes a huge nerve reaction because your body isn’t going to let instability to exist in the spine. It will try to fortify everything. It will cramp down all of those muscles tightly and so what most people feel in that moment when they think of this as a slipped disc is a muscle spasm.

This spasm is so intense that sometimes they can’t move. This can typically go on for about four or five days to a week. People will feel intense pain and will be very uncomfortable to move in any kind of plane of movement. Then after about a week, it settles down into this dull lingering ache, which can last for five to six weeks or so. Then it starts to settle and go away.

Diskectomy or not really?

The damage is coincident with that injury, you may see a disc herniation or a disc bulge. People get really panicky about that because, for years of it’s presence, it will mean surgery as a treatment. What we learned though, is that very few of those cases actually need surgery.

In fact, in many of those situations, the surgery is just a bandaid that creates other problems that will show up a couple of years down the road. I often say that diskectomy (surgical removal of the damaged portion of a herniated disk in the spine) has a tendency to lead to further surgery. I’ve seen so many patients years after a diskectomy with their disc having essentially eroded all to nothing.

If you remember what the disc looks like, it’s like a tire. What happens if we poke a hole in that tire? It’s just going to keep deflating to the point where it’s just no longer a functional tire. That’s exactly what happens with disks the moment you start to mess with them and cut into them. You’re introducing scars that can then lead to other problems down the road.

That’s probably a big reason why we’ve developed the pain mapping process before we do something like PRP (Platelet-Rich Plasma) or BMAC (Bone Marrow Aspirate Concentrate) for these patients. We apply this process even before we suggest that somebody really is in a position where surgery is unavoidable.

There are very few instances where surgery is unavoidable. In those situations, it has to be done. The mainstay of what we do. When we see that kind of situation, we want to first identify what’s the main deficit. The disc might show up on the MRI, but is that really the main problem. We find out if it’s the ligaments and the muscles and all those other connective tissues around that structure that are problematic.

We go through that pain mapping process to better localize it and determine if this is something that can be repaired with exercise, regenerative therapies, or if this has to go to a surgeon’s office.

One of the things that I’ve appreciated so much is when we look at the person’s MRI. We’ll obviously see a bulging disc, but then when we go in and actually test out the disc, oftentimes, those findings are essentially scars from the past. Probably, at some point in that person’s past, they had an injury to this disc, which is now healed, but it’s left a scar and that’s not the problem. It’s the other structures that led to that injury happening that are the problem.

How is the assessment done?

There’s a lot of examination in history to get us to get the picture of what we think is wrong. When we’re doing a pain mapping procedure, we’re in essence numbing very discrete parts of the spine. For instance, imagine the hand to be the structure of your spine. If we see problems in these three fingers, but do not know which one is an active problem and which one’s a scar from the past, the only way that we can figure that out, (if the examination isn’t clear enough) is to go discreetly to each finger, numb it, see what changes. The only other way to do that is if I can examine it.

The reality is when we’re talking about the spine, there’s so much tissue that you have to go through. that it’s impossible to really discriminate between the structures. That’s why the pain mapping process can be so helpful. It’s helped a lot of people to avoid surgeries. It has helped people who’ve had chronic pain that they didn’t know where it was coming from. It really is our first main step in getting people well.  Otherwise, we could just be squirting regenerative products or injecting medications throughout the body and really making no progress until we completely understand the mechanism of what’s wrong. We don’t like to guess with your body.

It’s not always what you think. In our experience, the root of most back pain isn’t actually the discs themselves. More often than not, it’s the ligaments surrounding the discs that have lost stability and are causing cramping all the muscles. And while surgery may seem like the only option, there is another way. Pain mapping can be useful to determine where the pain is coming from without the need for intensive surgery. If you’re experiencing back pain, we encourage you to schedule a free discovery call with one of our experts so we can help get you on the path to feeling better fast—without unnecessary procedures or downtime.

If you haven’t joined our Private Facebook Group, please do HERE

If you’re looking for a more natural way to manage your health, please contact us for a discovery call to see if our approach would be appropriate for your situation.

DISCLAIMER:  The information in this email is not intended nor implied to be a substitute for professional medical advice, diagnosis or treatment. All content is for general informational purposes only and does not replace a consultation with your own doctor/health professional 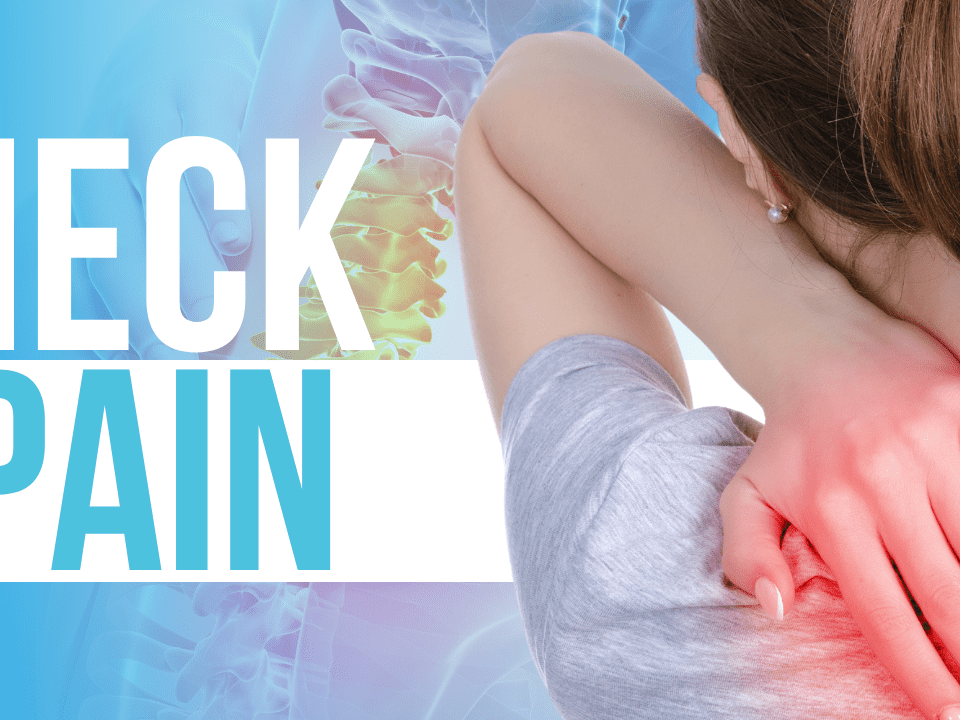 What Happens In Neck Pain? Most People Don’t Know This!